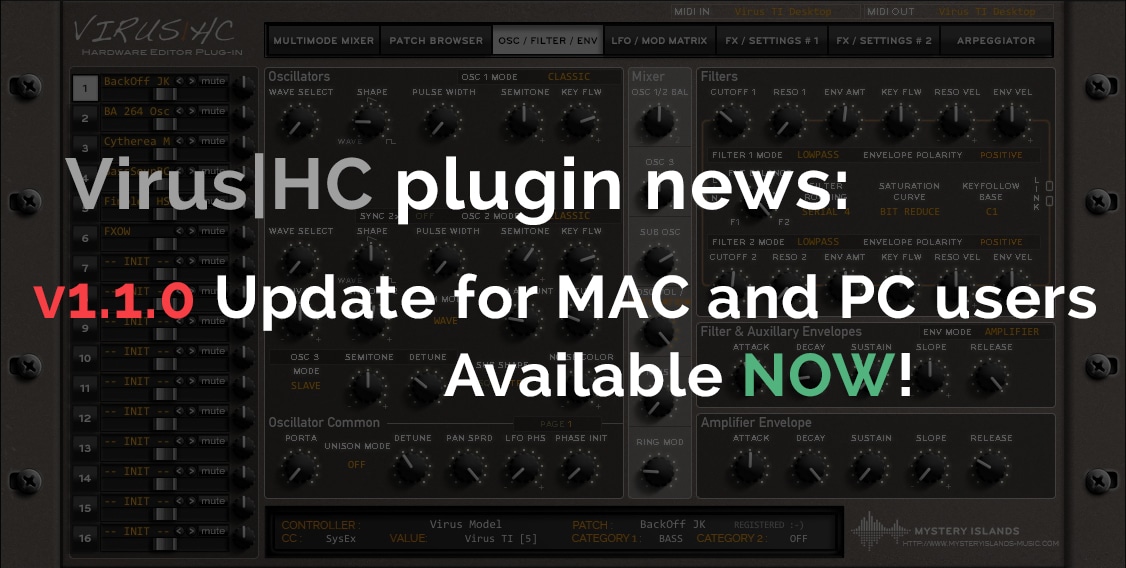 Since December 2014, we have come a long way with our Virus|HC plugin and its updates. This new update is a major release, which you should download and update as soon as possible!

Well the biggest addition could be that we added “VirusTI” functions to our plugin. Saying that, VirusTI user arp editor can’t be added, because it is impossible for us to debug the USB data flow.

If someone knows how we / or someone else could investigate USB cable data flow between the Virus and computer, let us know!

Additions and fixes since v1.0.6