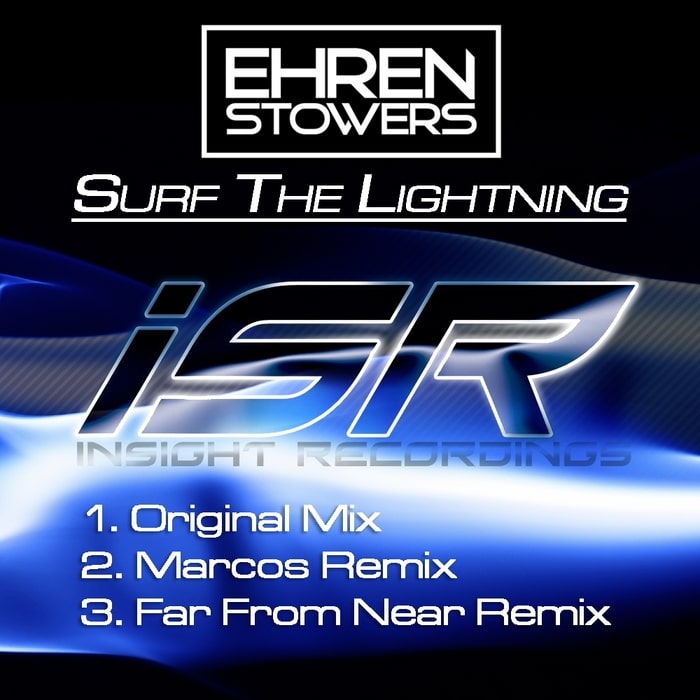 With recent signings to Armada’s ‘A State of Trance’, ‘Discover’, ‘Kill the Lights’ and ‘Alter Ego’, Ehren Stowers’ productions have received support across the globe from some of the biggest names in dance music. He makes a welcome return to Insight.

A DJ first & foremost, Ehren brings with him a unique understanding of what sounds will work well in a club. With his latest offering, ‘Surf the Lightning’ – Ehren has produced a deeper track that deviates slightly from his usual sound. Whilst he still uses a massive trance riff – Ehren has also managed to create a track that should please the more progressive ears on the dance floor. Make no mistake – This is an epic tune, but with solid deep undertones that should work anywhere in your set.

First up on remix duties (and his first outing with Insight) – is Marcos. Marcos (real name Mark Dearden), has established himself as one of the UK’s best known Trance producers. Having written and remixed a staggering number of tracks over the years, he has forged himself an excellent reputation as a top quality producer, remixer and DJ. With remixes for Ian Van Dahl, Dumonde, DJ Scot Project & Talla 2XLC amongst others – Marcos absolutely has the credentials. With Mark’s tracks licensed to hundreds of compilations across the world – his ability to light up speakers as well as dance floors is unquestionable. With a solid, pumping take on the deeper original – Marcos’s remix surely solidifies him as the man of the moment.

Lastly, we would also like to welcome to Insight ‘Far from Near’. A new Finish trio – ‘Far from Near’ are three men by the names of Jani Kervinen (Mystery Islands), Samuli Virtanen & Kai Harmaala. With a taste for massive epic, melodies and driving trance sounds – ‘Far from Near’ make a brilliant entrance on their partnership with Insight. A fantastic mix that totally compliments the package. Watch out for ‘Far from Near’s’ first single with Insight – entitled ‘Massive’, due out soon!