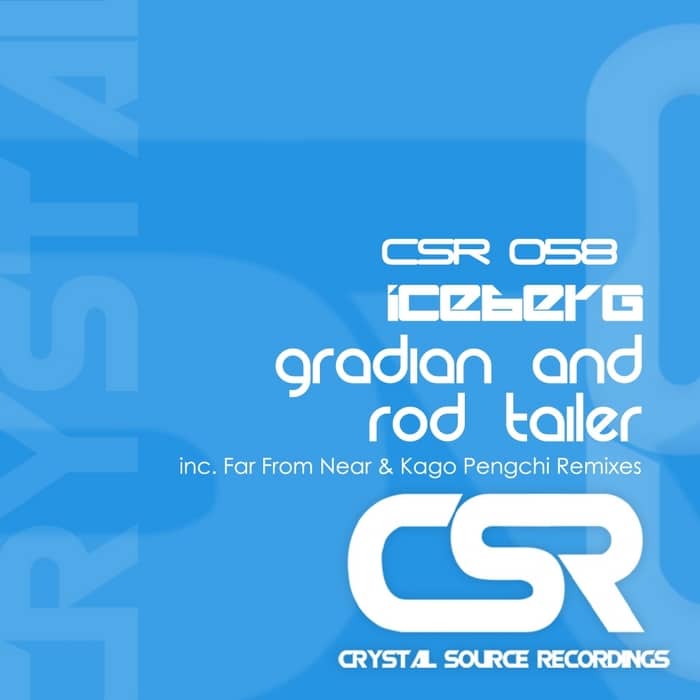 Next up on Crystal Source is a release from Gradian, a producer who we expect to see a lot more of over the coming months, who has teamed up with Rod Tailer to produce Iceberg. Iceberg is a cool epic trancer with some serious grunt, the Crystal Source way.

Far From Near offer us the first remix on the release, having turned the energy down on the track and really brought the melodies to the forefront, their remix oozes uplifting from every corner.

Rounding up things is Kago Pengchi with his banging trance remix. Definitely the clubbiest of the three versions with a big saw lead, bouncy bassline and sublime piano.