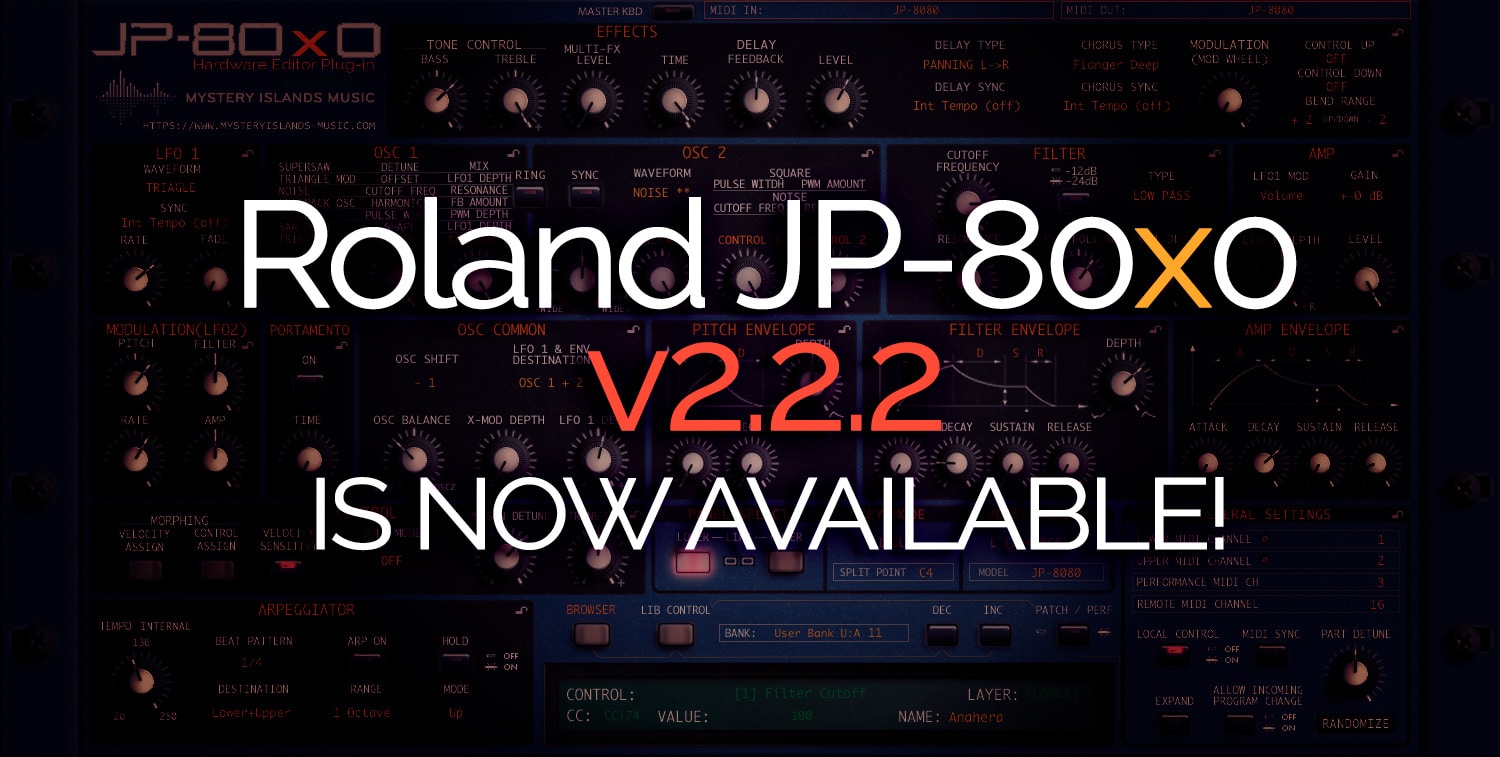 With the new Roland JP-80×0 Update v2.2.2 we bring a lot new features, functions and fixes.

Here is the what we have done since version 2.1.3:

License.key is available at My Account -> My Orders -> view the order that contains your JP-80×0 Plug-in purchase.