Waldorf Blofeld Editor v1.0.0 is out now! We made a lot fixes and improvements since RC1, thanks to everyone who participated! :-)

We were doing a lot debugging before pushing out the version 1.0.0, since we found something, what you might find out as well:

You might find that “oh yeah I know what you’re saying“. But the reason for this is really the fact that Blofeld starts to dump random sounds every now and then from Blofeld (at least our Blofeld Desktop). Our Editor does not make any requests for those patches, you can check that with whatever sort of MIDI monitor tools. We did and we found nothing.

Anyway, back to the update story. Here is what we did: 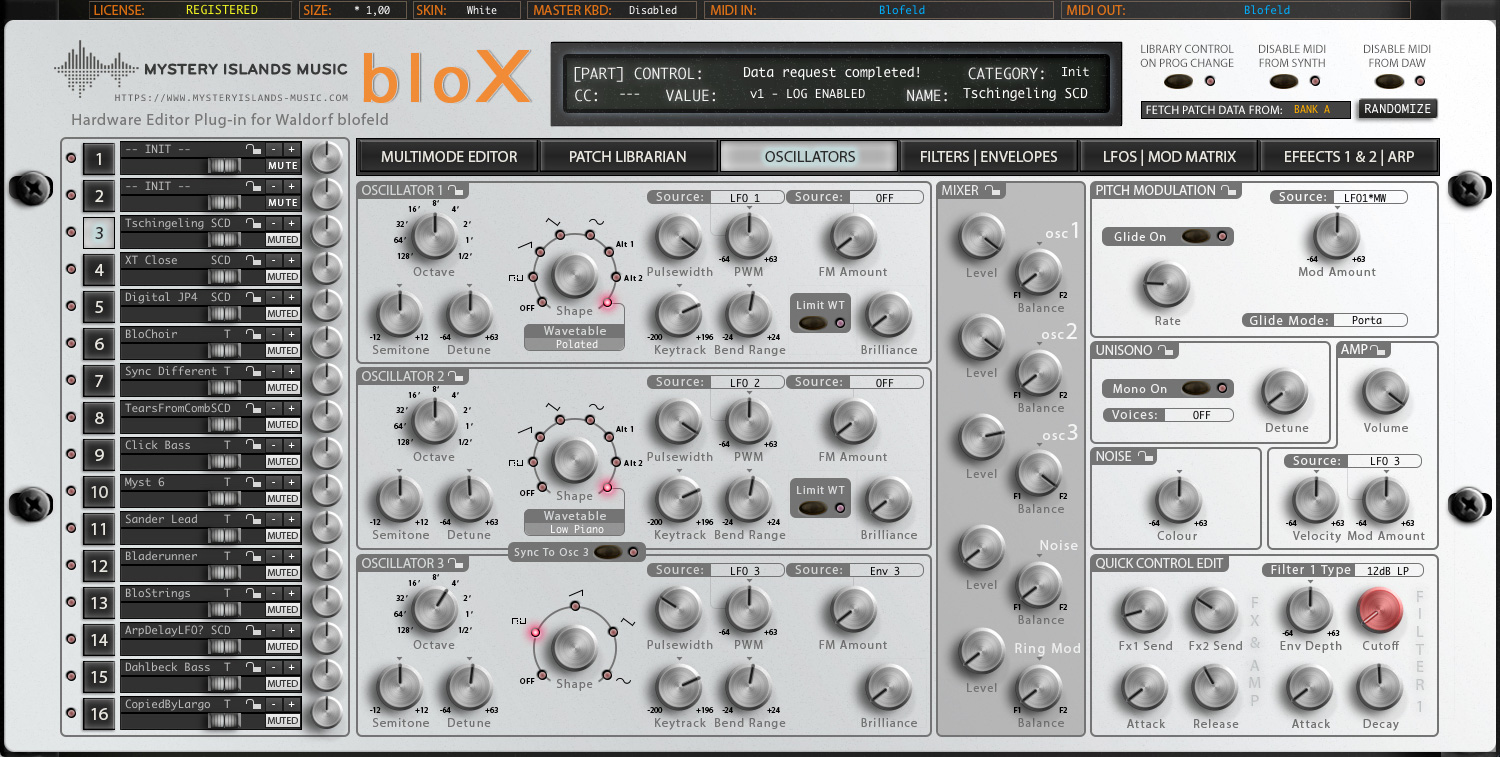 We hope you will enjoy this update. Update is free for all the existing bloX license owners.

As always, we appreciate our customers feedback and we want to make our products better. Thanks to everyone participated so far :-) Waldorf Blofeld Editor & Librarian: “Waldorf bloX” is coming soon. While the new year rolled out, we have been working harder than ever. In December, we moved our office, which has resulted our mailbox to flood over – We have still yet to catch up.

Anyway, in the background, we have worked on with Waldorf Blofeld Editor plug-in as well as Waldorf microQ and Q plug-ins too. In fact, our microQxR and qXr plug-ins are now in version 0.9.9 Release Candidate 3. This is the last stage before we implement the blofeld bank import within these plugins. Try out the latest demo now and let us know how it works out and where we could improve.

Here is what you will get with Waldorf bloX:

We are working hard to get this out in couple of days for pre-order. Pre-order / intro price will be set at 34,95€ and this offer will be valid until the end of January 2018 when we expect to release the final version.

Let us know your throughs, questions and suggestions!

Get instant Download Access to our products after successful payment. Subscription downloads are valid as long as the subscription is running.

Our entire website is utilized with SSL protection so your data is kept in safe with us!