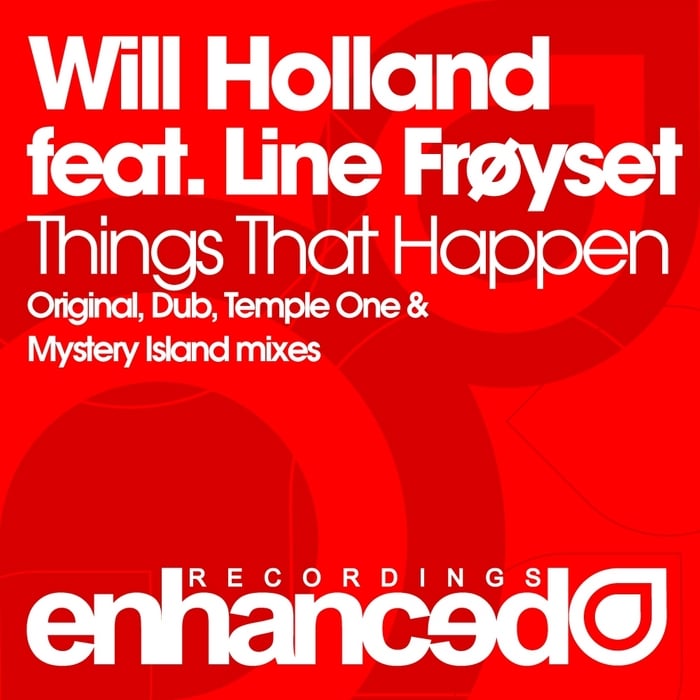 Things That Happen was initially showcased in its Temple One form on Digitally Enhanced Vol 2 (mixed by Will Holland), and when Mixmag reviewed the compilation, making it Compilation of the Month, they asked Will for the release package for the single and subsequently made it Tune of the Month in the following issue!

After a lull over the latter part of 09, Will’s promised to up his production rate over the coming months and has a second single ready to go as well as two remixes, all due out in the first quarter of 2010. This next release, although more laid back than usual, is a typical production of his; melodic, uplifting and with killer vocals once again.

The Temple One remix really is something special and we’ve been inundated with requests for its release since the compilation, Joe Garrett once again proving he’s the man to ‘give goose bumps to the deceased’ with a breakdown that will literally make every single hair on your body stand to attention!

Mystery Islands also goes for the knockout punch and delivers a fantastic remix that closes off the release in fine style!

Buy from: Beatport or iTunes Store